Ronan pointed out that you can see an example of multiple inheritance in the area of Foundation Services. He explains how to navigate to the example via the SAS Management Console Authorization Manager plug-in. You can also use the Foundation Services Manager too.

Here is a screenshot of the Inheritance tab, in the Advanced Authorization Properties dialog, for the Authentication Service under the Foundation Services Manager plug-in’s Remote Services entry. 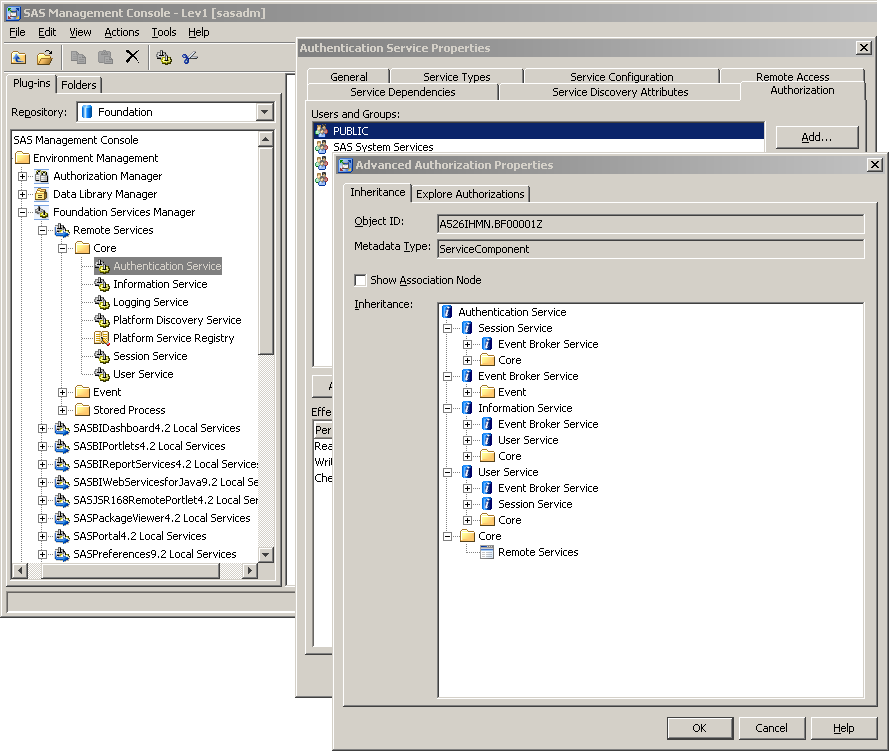 Notice how the Authentication Service is inheriting from multiple other ServiceComponent objects as well as the Core folder it is contained in.

I was encouraged to find another example which is shown in this next screenshot. 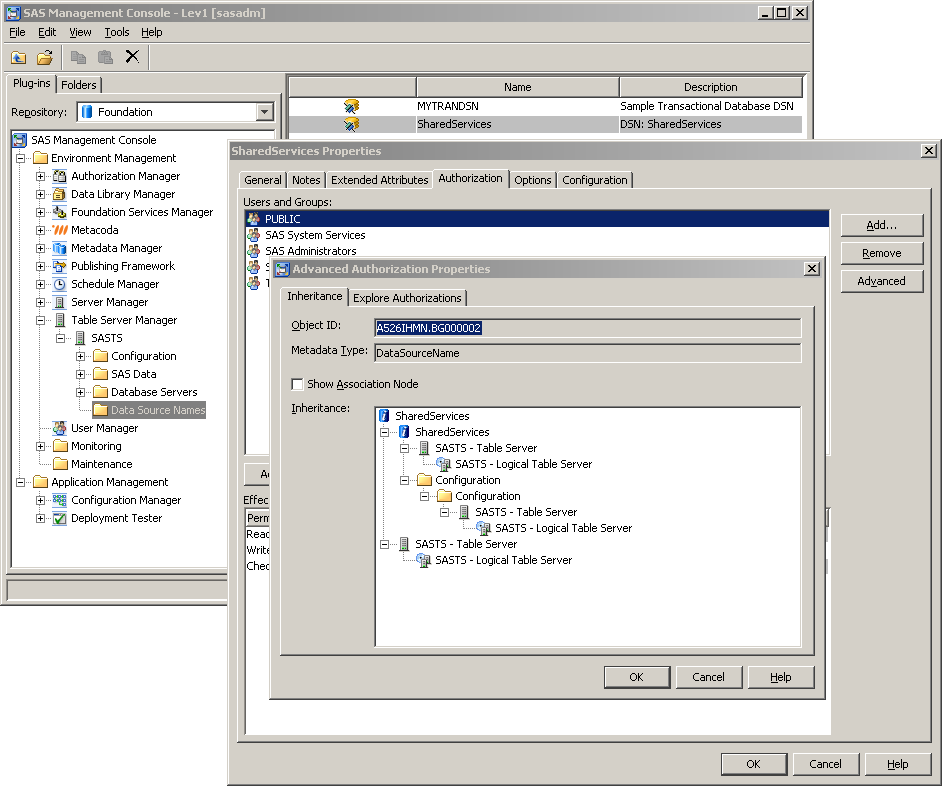 Please let me know if you find any other examples.