This tip was prompted by a SAS Communities question which I hear from time to time, essentially “How do I find out which groups a SAS user is a Portal Group Content Administrator for?” It can be answered using the Metacoda Identity Permissions Explorer but involves a few steps so I will outline them here.

So, to find out which groups a user is group content admin for, we need to look for all of the group portal permission trees where the user has a grant of the WM permission. This can be done quickly and easily using the Metacoda Identity Permissions Explorer. Below is a screenshot with numbered steps where we find out which groups Aaron Atkins (demoaaron), a fictitious Business Analyst, is a Portal Group Content Administrator for. END_OF_DOCUMENT_TOKEN_TO_BE_REPLACED 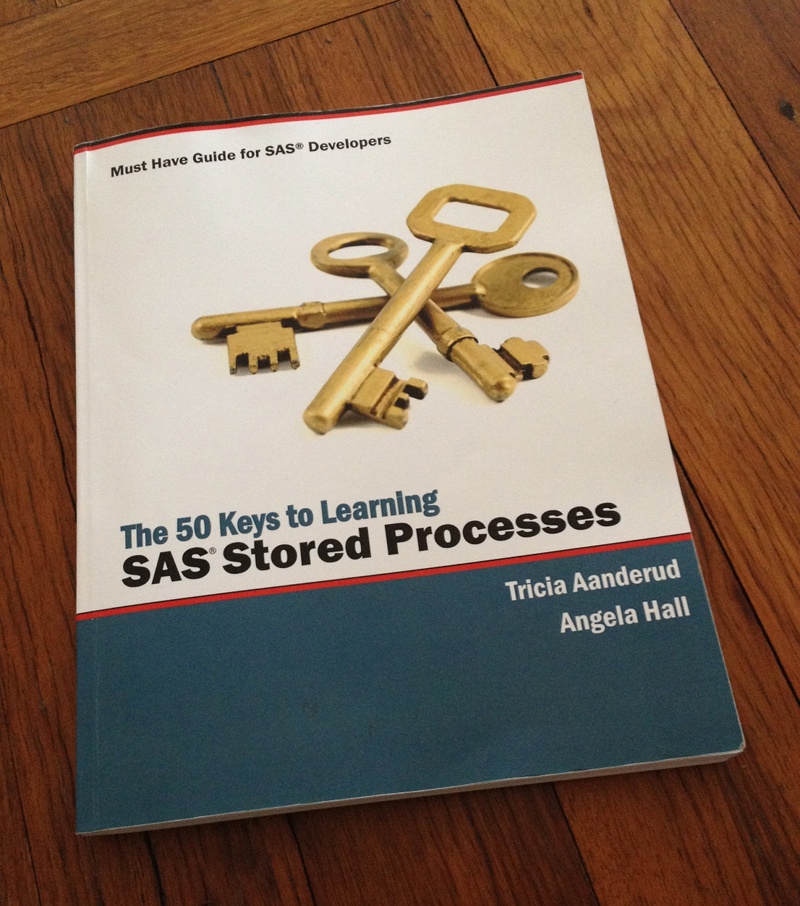 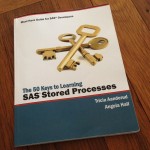 At the SAS® Global Forum 2012 last month I picked up a copy of “The 50 Keys to Learning SAS Stored Processes“, the latest book from the dynamic writing duo, Tricia Aanderud & Angela Hall.

As it happens, my partner Michelle also won a copy in a draw so we actually got 2 copies! We met Tricia and Angela in person too, and they kindly signed both books for us. Michelle is giving her signed copy away as a random door prize at our local SAS user group meeting (QUEST) later this month, so if you are in the vicinity of Brisbane at the end of May END_OF_DOCUMENT_TOKEN_TO_BE_REPLACED

I noticed that several of the SAS® platform administration documents have been updated recently following the release of the 4.3 versions of SAS Enterprise Guide and the various mid-tier web apps (SAS Information Delivery Portal, SAS Web Report Studio, SAS BI Dashboard etc.). The updated documents include:

The Replication Wizard is, or perhaps I should now say was, a feature available in the SAS 9.2 Management Console (via Metadata Manager > Metadata Utilities > Replication) that could be used to completely replicate metadata from a source environment into a target environment (such as Development to Test , Lev3 to Lev2 etc). The alternative to replication is to promote selected subsets of metadata using the import/export wizards and SAS package (.SPK) files. This selective promotion method is sometimes known as partial promotion. Although replication might sound tempting initially, in practice the import/export methods are much more versatile (as long as they support the metadata you want to promote – significant improvements with SAS 9.2).

Unlike import/export where you promote a subset of metadata, with replication you were promoting all of the metadata in one hit (with optional substitution of things like host names, ports, paths etc), completely discarding any existing metadata in the target environment. You had to configure a fair bit of infrastructure in order to use replication, perform a few manual steps and then manually promote any associated physical (non-metadata) content. It seemed like a lot of work (and knowledge) for something you would probably only ever use once or twice (if ever), so I think it’s understandable why SAS Institute would retire this feature. I don’t imagine it got used enough to warrant continued development and testing. I suspect that most people used import/export (partial) promotion almost exclusively, even for the initial promotion into a newly installed environment.

I was always a little bit worried with replication that someone might accidentally get the 2 environments reversed and totally wipe out their source environment, overwriting it with metadata from their old or empty target environment! Another good reason to backup both environments before replicating :)

One of the benefits to replication was that it allowed you to promote portal pages (which are not currently supported with import/export as far as I know). Although it sounds like a good reason to use replication, you could only ever realistically use it once due to the all-or-nothing nature of replication. After the first replication any portal changes in the target environment (e.g. Production/Lev1) would be lost on subsequent replications. I had heard a rumour that promotion of portal pages was in the pipeline but haven’t heard anything more since. Does anyone reading this know what the current status of support for portal promotion is?

I personally hope that the list of supported metadata objects for the import/export promotion facility is extended in future to include things like ACTs, Users, Groups, Roles, Servers and Portal Pages – things that don’t reside in folders. That would round it out very nicely I think.

Updated 08Oct2010: In this SAS Discussion Forum comment Technolero mentions that it may be possible to get an early (potentially unsupported) version of the portal content promotion tool by contacting SAS Technical Support.

Updated 16Dec2010: SAS Information Delivery Portal 4.3 was recently released and the SAS documentation updated. There is a link to documentation for the new portal promotion facilities in the post Updated SAS Admin Docs (inc Portal Promotion).