Recently I’ve been working on using the Metacoda Identity Sync Plug-in to synchronize SAS platform identities (users and groups) with their counterparts from multiple Microsoft Active Directory (AD) Domains contained within a single Forest. In a future post I’ll talk about extending this to multiple domains from multiple trusted forests.

In the recent Metacoda Plug-ins 5.0 R5 release there have been a few enhancements to make it easier to sync with multiple domains (and avoid using custom code hooks):

I’ll show a relatively simple example. This might help other people who need to sync SAS users from multiple AD domains. The diagram below summarizes the Active Directory deployment: 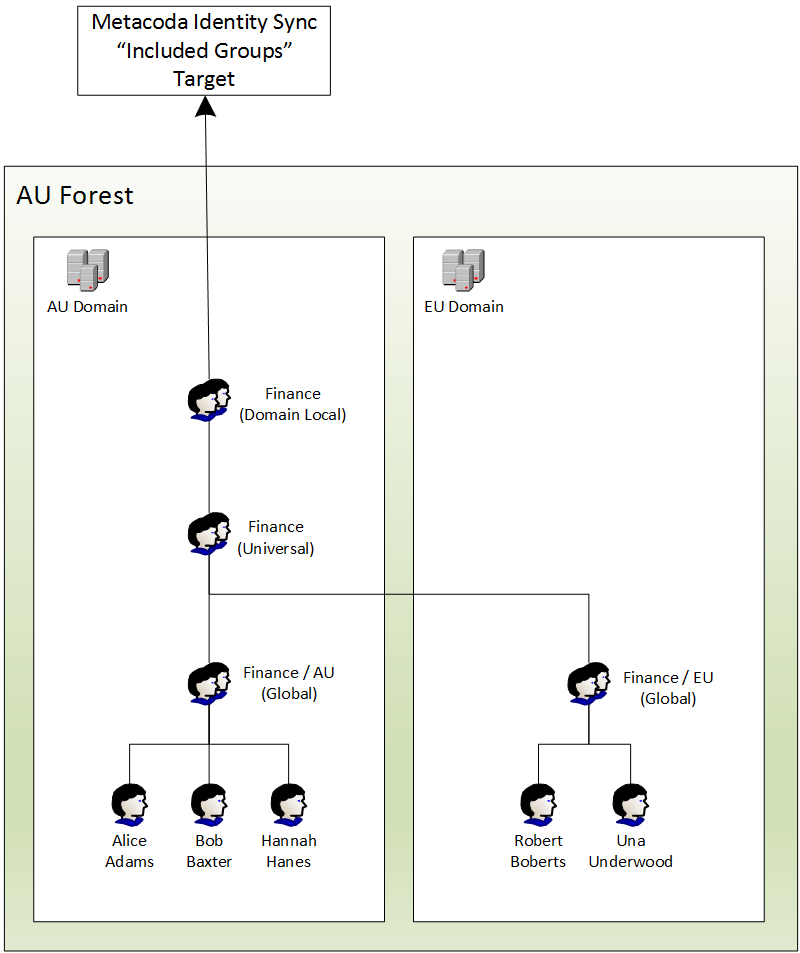 The Metacoda Identity Sync Plug-in is configured by building an Identity Sync Profile (IDSP) using the Identity Sync Profile Wizard. The next few screenshots show some of the key steps to consider when sourcing users from multiple AD domains. Using the example above, we would choose a Group Sync Basis of Included Groups and select the Finance (Domain Local) group as a single target group (all of its members, at any level of nesting, will then become targets for synchronisation with SAS metadata): 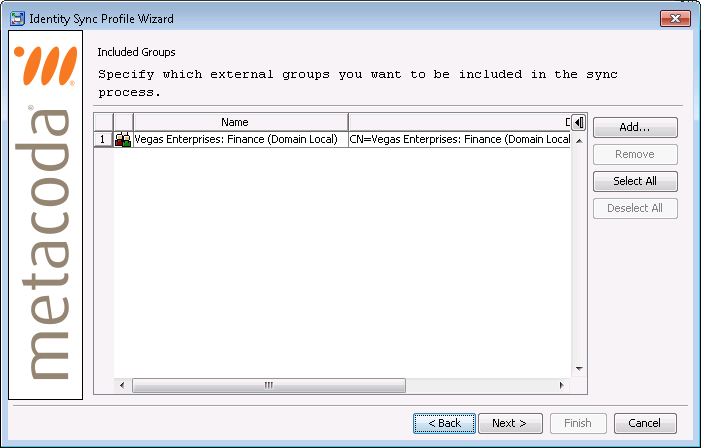 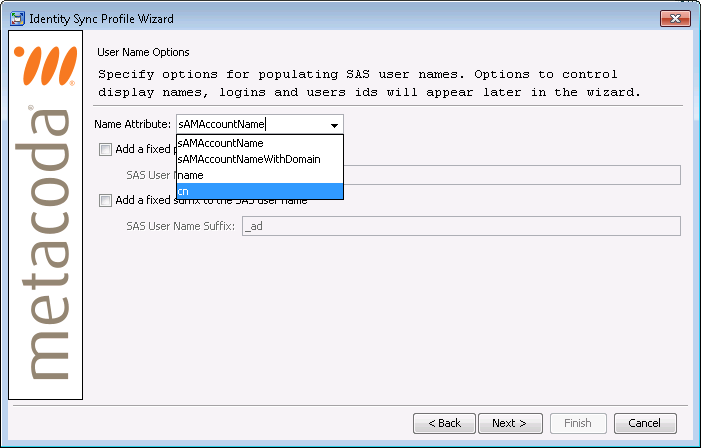 Metacoda Plug-ins 5.0 R5 also includes a few additional attributes and pseudo-attributes to help with the population of inbound logins/accounts for synchronized SAS users for the various user logon styles that can be used with AD: 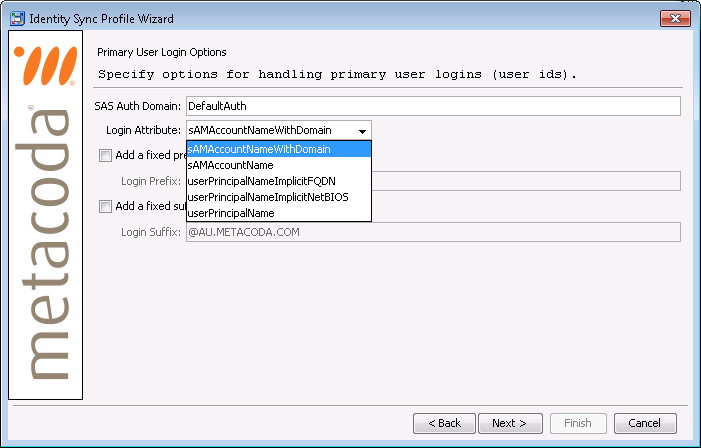 Having created an IDSP for the multi-domain example above, the first time we run it we will see a preview of the changes we can apply. The IDSP was configured to use the single Domain Local Finance group, and it has found all of its members across all of the domains within the forest. We see the four Finance groups for both domains (the Global, Universal and Domain Local groups): 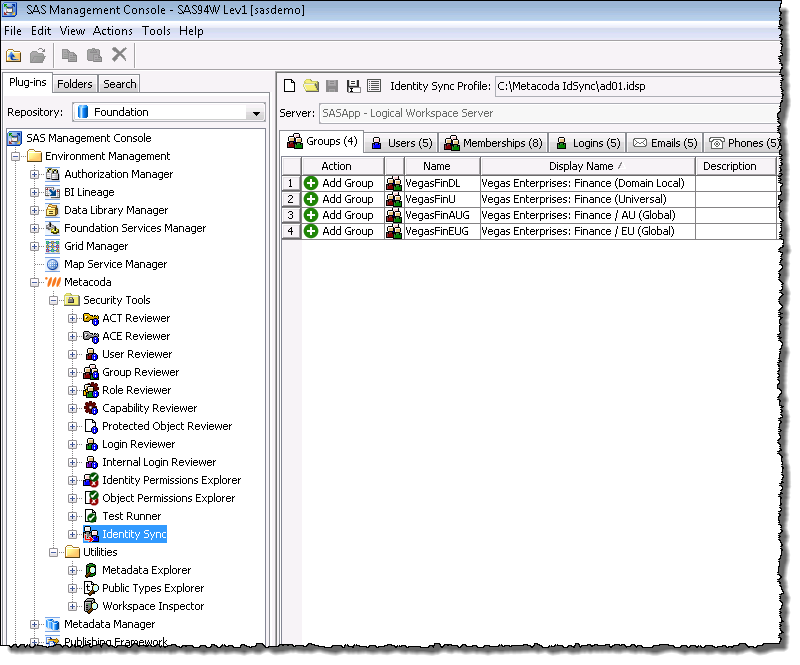 We see the five users, across both domains, that are members of the two global Finance groups. 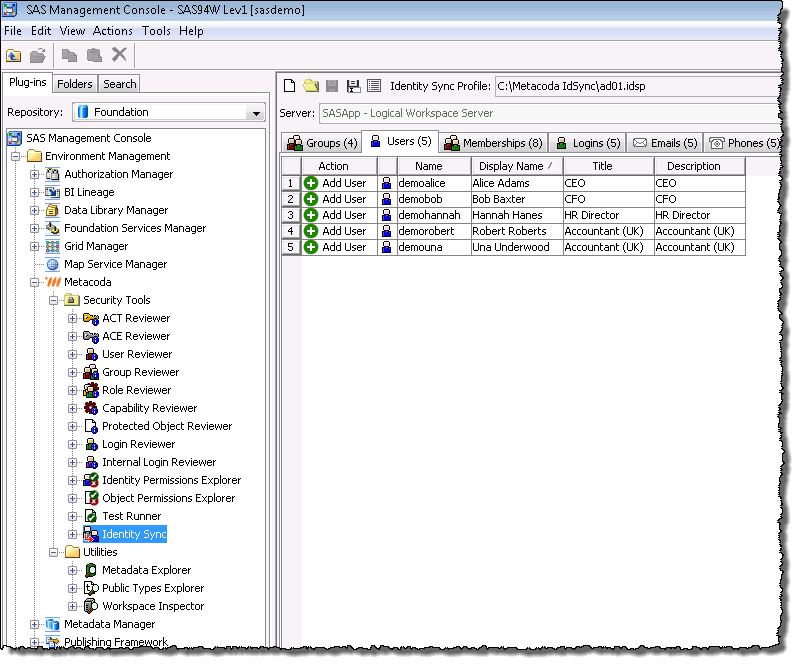 We see the group memberships for those users and groups replicating the AD memberships across both domains. 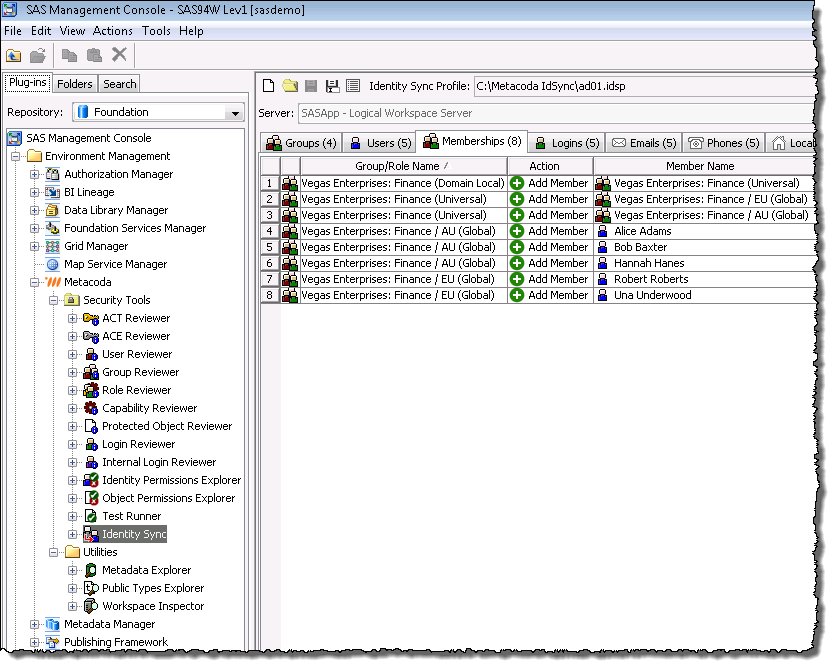 We also see the suitably qualified inbound logins for the SAS users. In this case using the sAMAccountNameWithDomain method. 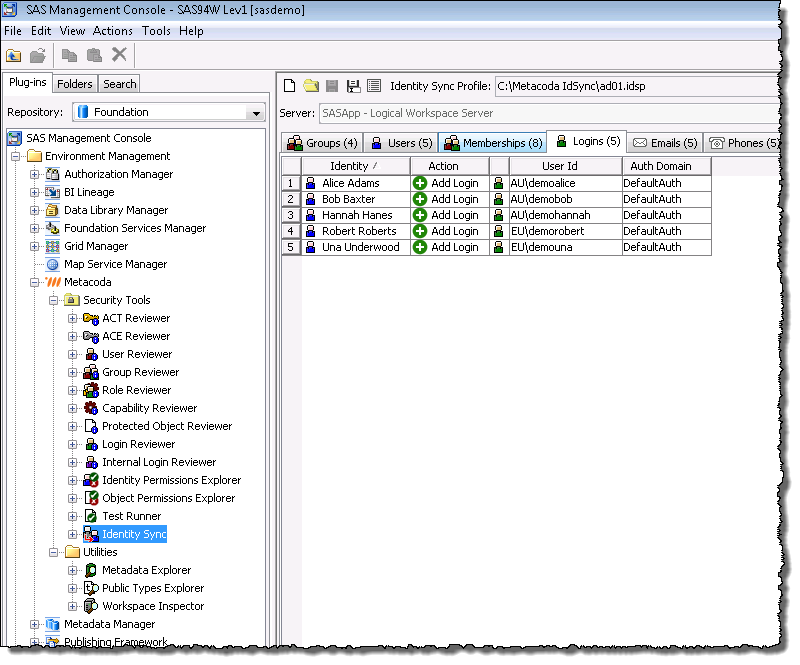 I hope you’ve found this post useful. Please leave a comment and let me know if you have any questions or feedback based on your own experience of synchronizing SAS identities with multiple AD domains. If you’d like to find out more about our Metacoda Identity Sync Plug-in you can contact me or visit the Metacoda web site (where you can also request a free evaluation).