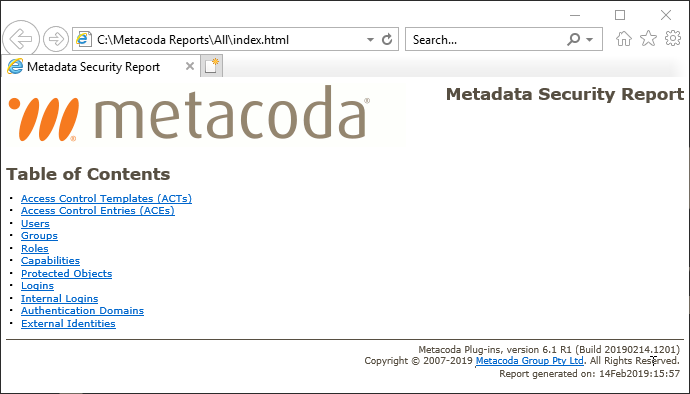 The main benefit of this Metacoda Plug-ins Batch Interface Setup Utility is the automation of much of the previous manual work involved in setting up and site-specific tailoring of the batch interface samples. It also includes additional batch exports for Authentication Domains and External Identities (from the new Auth Domain Reviewer and External Identity Manager plug-ins). The Metacoda recommended practice starter tests for SAS metadata security have also been updated.

If you have any questions or comments please let me know by posting below. You can also contact us via the Metacoda contact form or send us an email at Metacoda support.

I am occasionally asked whether it is possible to promote job flows between metadata repositories (e.g. DEV to TEST to PROD) using the SAS package file (SPK) import/export promotion feature. In past consulting work I have needed to promote job flows containing hundreds of jobs all interlinked with dependencies, so this is a topic close to my heart :)

In the early days of SAS 9.1.3 import/export of job flows was not supported and so the only choices availably back then were to either manually reconstruct the jobs flows in the target environment or do a full replication/promotion (what used to be called full promotion in SAS 9.1.3 is now called replication in SAS 9.2). Manually reconstructing jobs flows was a tedious and error-prone process especially with large and complicated job flows. Full replication/promotion was often not appropriate because it would overwrite the target environment completely. But that’s all history (and has been for a while) …

With SAS 9.2 there is no question about it – import and export of job flows is standard with SAS 9.2 so I will ignore it for the rest of this post and concentrate on SAS 9.1.3 instead.

Since the import/export of job flows was not initially supported in SAS 9.1.3, I occasionally talk to people who assume it’s still the case now (which is understandable). It’s great to see the smile spread across their faces when they find out it is actually possible with SAS 9.1.3 today – I remember back to how I felt when I first found out. I was faced with the prospect of manually reconstructing some awe-inspiring job flows and contacted SAS on the off-chance that someone might know a better way – which is how I was lucky enough to get to try out an early version. You can imagine how happy I was.

The ability to perform partial promotion of job flows crept relatively quietly into SAS 9.1.3 with a couple of hotfixes some time back. There is a usage note about it now too: Usage Note 31008: Hot Fixes 913SMC04 and 14JPS02 provide the capability to add job flows using partial promotion

So if you need to promote job flows between SAS 9.1.3 environments here are some pointers that you might find useful: